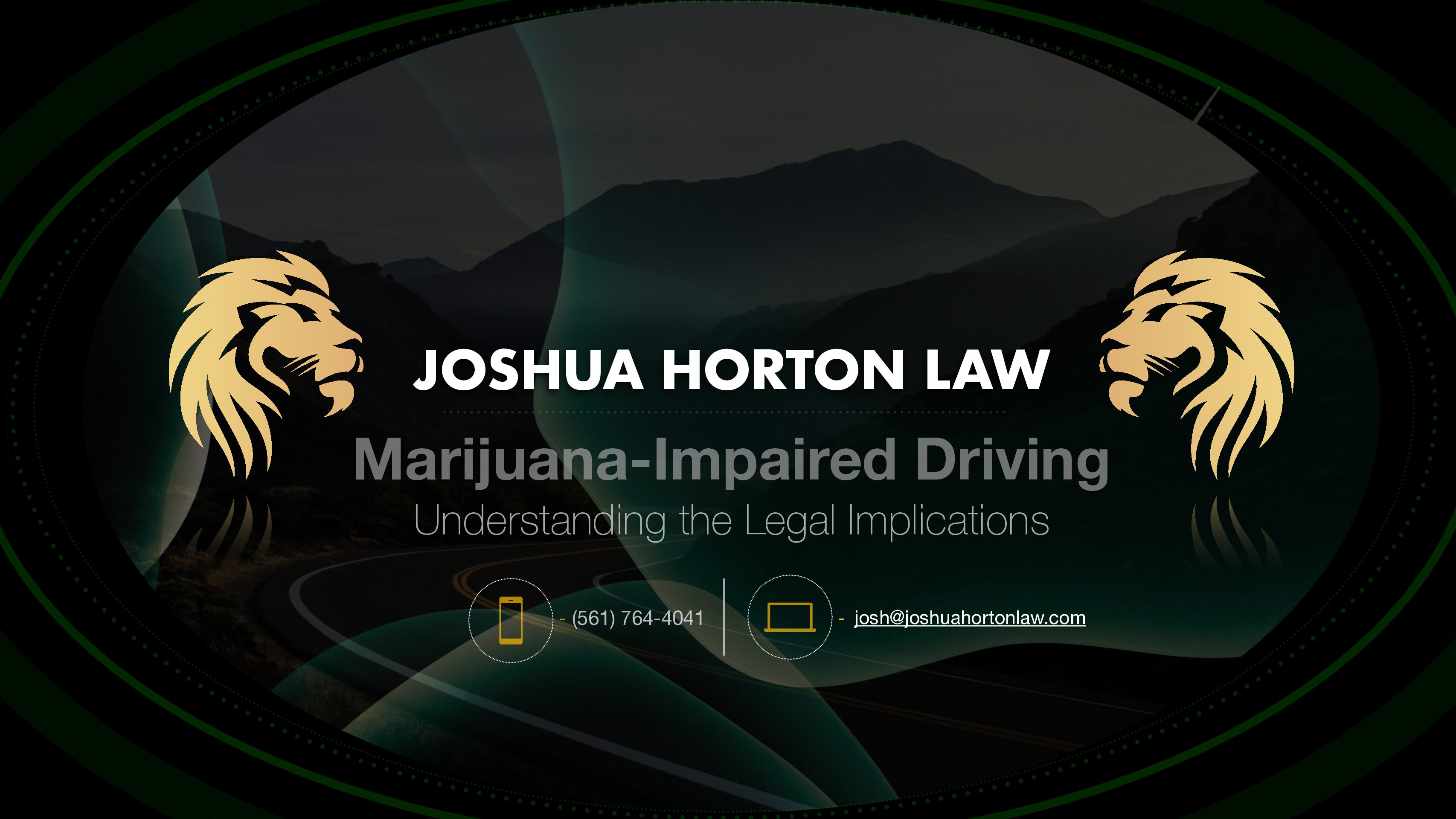 As of 2021, the utilization of cannabis for medicinal purposes has been sanctioned within the jurisdiction of Florida, contingent upon the authorization of a physician. Notably, the possession of marijuana is permissible exclusively for those who are permanent or seasonal residents of Florida and have been registered as patients in the state’s medical marijuana use registry, as attested by their attending physician. These individuals must be enrolled in the registry and possess an identification card. However, it is imperative to note that possession of small quantities of marijuana for personal consumption remains a criminal violation, and penalties for such an offense may include monetary fines and incarceration. Furthermore, it is worth mentioning that the recreational use of marijuana remains illicit within the state of Florida.

The Rise of Marijuana related DUIs in Florida:

What happens if you are found guilty of a DUI?

The ramifications of being found guilty of driving under the influence in the state of Florida can be multifaceted and contingent upon the specific details of the incident and the offender’s prior criminal history. Nonetheless, some of the potential penalties that may be imposed upon an individual convicted of a first-time DUI offense in Florida include fines of up to $1,000, incarceration for a maximum of six months, mandatory community service, probationary supervision, revocation or suspension of driving privileges, the requirement to install an ignition interlock device on the offender’s vehicle, completion of a substance abuse treatment program, and additional penalties such as impoundment of the vehicle or vehicle forfeiture.

For individuals who have been previously convicted of driving under the influence, the penalties imposed upon reoffenders can be significantly more severe. These may include extended periods of incarceration, increased monetary fines, and longer durations of license suspension or revocation. Furthermore, if the incident in question involved a minor passenger or resulted in property damage, injury, or death, the penalties will be even more severe.

It is also important to consider the long-term ramifications of a DUI conviction. A criminal record of this nature can have a detrimental impact on an individual’s prospects for obtaining employment or secure housing, as well as lead to increased insurance rates. It is imperative that individuals understand the gravity of the situation and the potential consequences associated with a DUI conviction.

As society continues to evolve and our understanding of addiction deepens, it has become increasingly clear that the criminal justice system’s approach to dealing with individuals charged with DUI is in dire need of reform. The harsh punishment meted out to those convicted of DUI, particularly those who test positive for marijuana, is unjust and fails to take into account the complex nature of addiction.

At the Joshua Horton Law firm, we firmly believe that addiction is a sickness that should be treated, not punished. Addicts are not bad people who need to be punished, but rather individuals who are suffering and in need of care and support. Rather than locking up individuals struggling with addiction, we need a system of care that provides them with the resources they need to overcome their afflictions.

If you find yourself facing a DUI charge, we urge you to reach out to the Joshua Horton Law firm. We will stand by you every step of the way and work to ensure that your rights are protected and that you receive the fair and just treatment that you deserve. Remember, addiction is a sickness, not a crime and it is our duty to advocate for a system of care rather than a system of cages.

No comments to show.