Understanding the Consequences of DUI: The Legal and Personal Impact 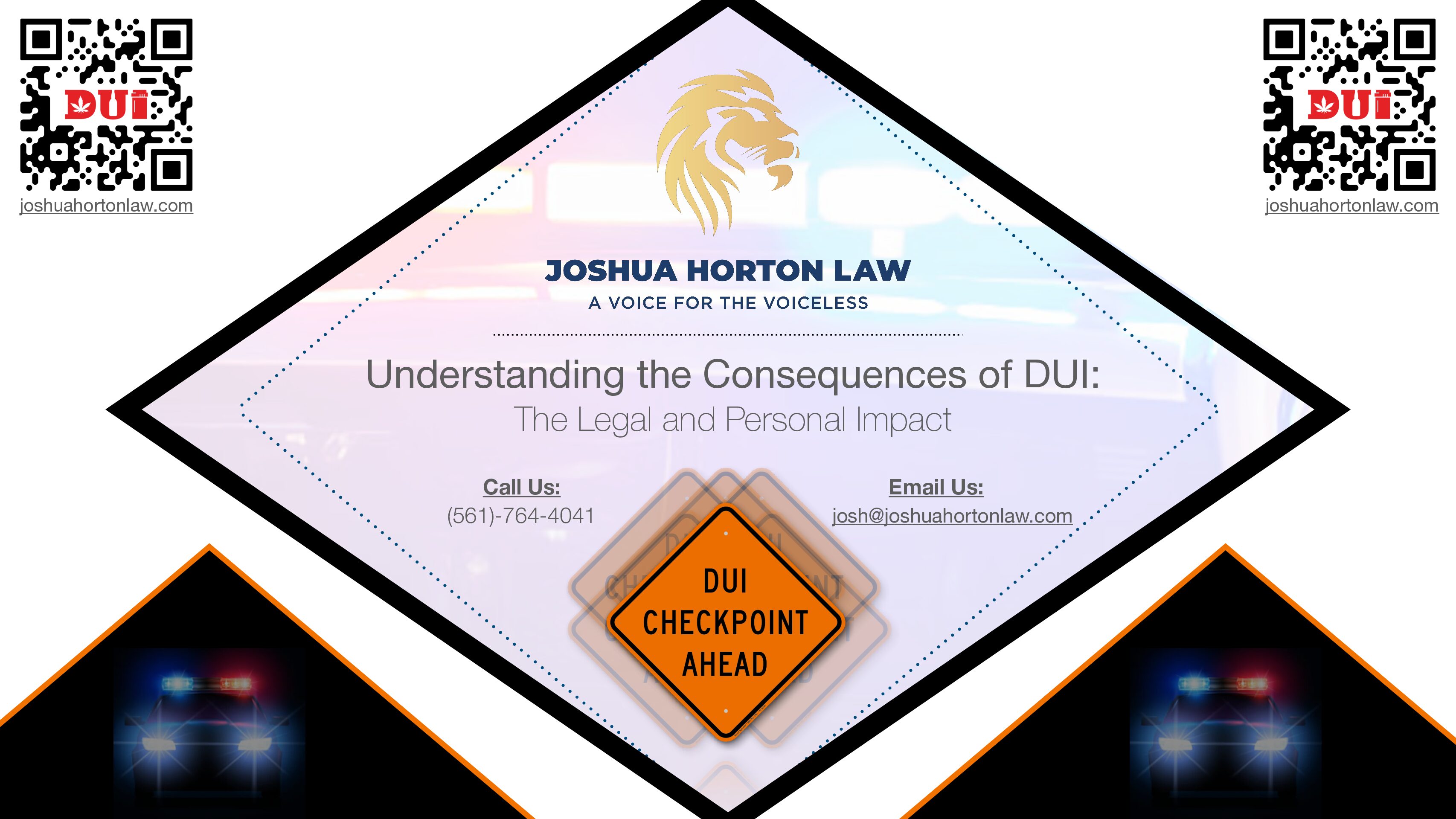 Receiving a DUI can be a traumatic and emotional experience, especially if you have never been arrested before. Despite you feeling that you are trapped against a wall with no escape from the law, hiring an attorney may provide you with a multitude of legal remedies that can be used as your defense against a DUI. Before we delve into the potential defenses against a DUI let’s break down the types of DUI charges that you can be charges with in Florida and how you can find yourself receiving a DUI.

In the state of Florida there are numerous factors that may play a role in you receiving a DUI. Some factors include your blood alcohol level, whether there was property damage, injuries or deaths, and how many DUI convictions you have received in the past. There are several types of DUI charges that you can receive in the state of Florida. Some of the most common include:

It’s important to note that the specific DUI charges you may face will depend on the circumstances of your case.

How you can find yourself receiving a DUI and what happens once you are stopped:

It is important to understand that a driver cannot be stopped unless an officer has reasonable suspicion a crime has occurred, is occurring, or is about to occur. Moreover, an officer can stop a driver if there is probable cause that a traffic law has been violated. With that being said, there are a plethora of scenarios in which you can find yourself being stopped by an officer, however, there are reasons that are common to most DUI cases. Some causes for many DUI stops include:

A field sobriety test (FST) is a series of physical and mental exercises that a police officer may use to determine whether a driver is impaired by alcohol or drugs. These tests are often used during traffic stops if the officer has reason to believe that a driver may be under the influence of alcohol or drugs. The results of a field sobriety test can be used as evidence in court to support a charge of driving under the influence (DUI).

There are three standardized field sobriety tests that have been validated by the National Highway Traffic Safety Administration (NHTSA):

Cost of a DUI:

DUIs can be detrimental to both your record and your wallet. Here is a chart demonstrating the potential costs your DUI may incur. Scan this QR code to find out more about the Costs of DUI.

No comments to show.